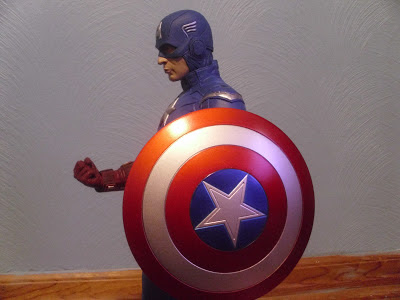 Physical augmentation from the super soldier serum allowed Steve Rogers to be preserved in Arctic ice for decades. Revived and reintroduced into twenty-first century society, the legendary Captain America longs for simpler times and the meaning he once found in fighting for a cause. Outfitted with a sleek new uniform by S.H.I.E.L.D., and wearing his trusty vibranium shield once more, Captain America's no-nonsense attitude and old-fashioned optimism make him an ideal candidate to lead Nick Fury's Ultimate Crisis Response Team, The Avengers!
Packaging:
Now I never usually focus on the packaging for a figure but this one is an exception. I just love the box design. So. Much. 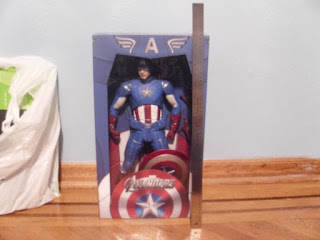 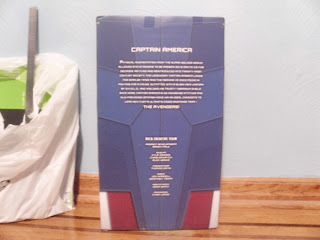 Now that we've admired it, let's get him free from his box! 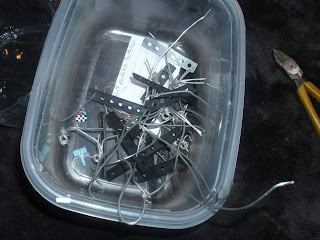 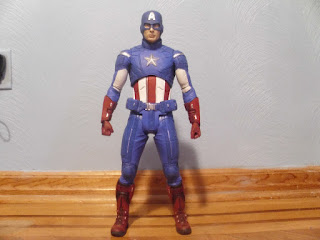 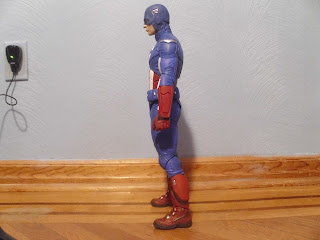 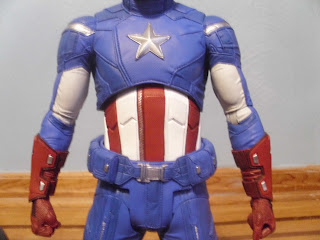 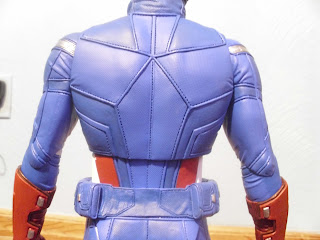 The sculpt of this figure is truly amazing. He is perfect down to the last strap! What is truly amazing is that his costume actually looks like a leather-ish substance. The belt, from what I can tell is a separate piece glued on. The boots and gloves look amazing. Every strap, every groove, every piece of Kevlar is perfectly sculpted. Even the body as a whole looks like Chris Evans'!There's really nothing more to say than this sculpt is flat out amazing. All this and I haven't even gotten to the face yet! 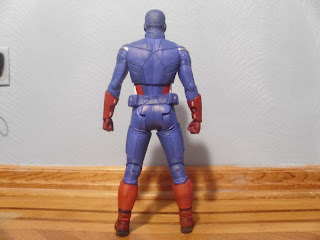 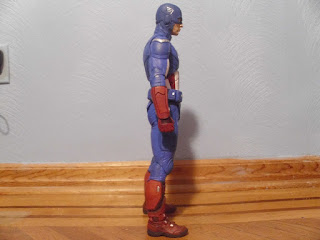 ﻿
That likeness is amazing. The helmet and straps look fantastic. I know it sounds like I keep repeating myself but there really is no other way to say it! Does it look EXACTLY like Evans? I think it's about as close as we will get, and considering this isn't Hot Toys , it is damn impressive! 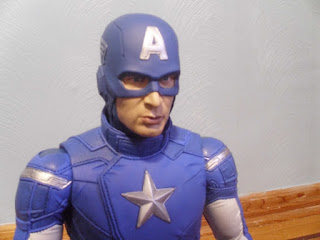 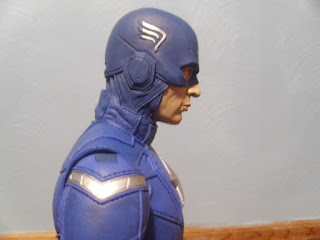 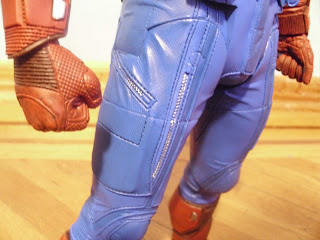 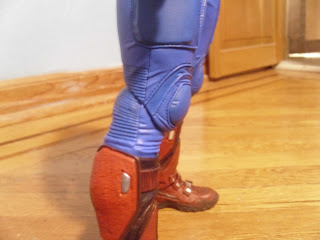 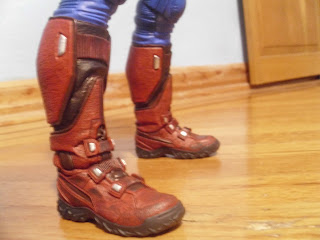 As far as paint goes, I had no issues, I checked out other reviews, and I haven't seen anyone have issues. I'd say, like always, check the face, but considering I can't find this guy in stores, should you purchase him online, I wouldn't worry. Your in good hands with NECA.
This figure is just stunning and he is one of those figures where you can just prop him up and stare at him for hours. Hell that's what I did when I first got him open.

I'll admit, at first I was a bit concerned about getting him because I'm an articulation junkie when it comes to figures, and from the promo shots it didn't look like he had much. Boy was I wrong. He has a ball jointed head, swivel-hinge shoulders, swivel- hinge elbows, swivel-hinge wrists, a ball jointed ab joint, a swivel waist, a DCUC style hip joint ( I think they're called "H" joints?), a swivel thigh, a swivel-hinge knee, and ball jointed ankles.
For accessories, Cap comes with two alternate hands, one in a "Throwing his shield" gesture, and the other...not really sure but it looks cool, and he of course comes with his mighty shield! 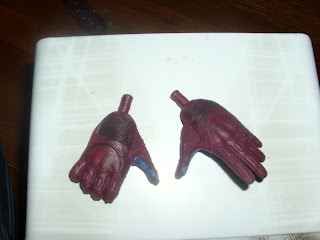 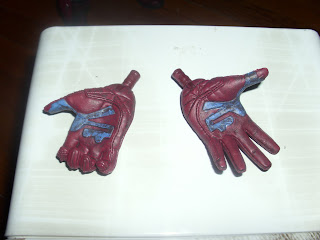 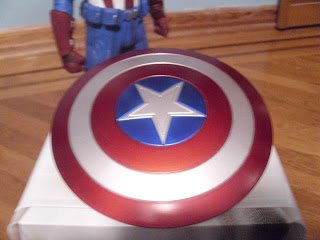 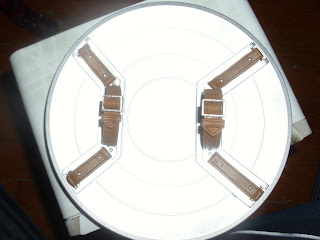 OVERALL:
This guy is amazing. He was worth every penny. It's gotten to the point where I've had people come over, who don't understand the point of comics, and figures, and yet they were enthralled by this guy. It's a shame, but pictures don't do him justice. When you see him in person, then you realize how big he is, and how precisely detailed he is. If your willing to drop the cash, do it. You won't regret it. An overall amazing piece and a worthy addition, to ANYONE'S collection!
10 OUT OF 10!!! 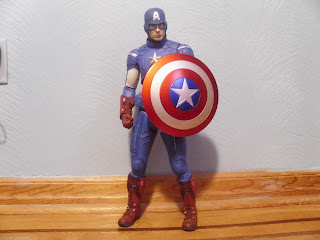 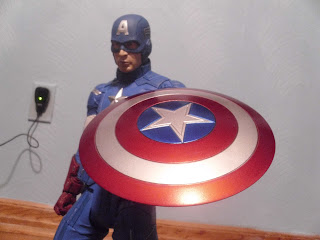 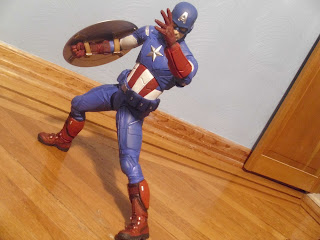 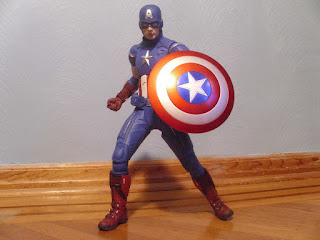